You don’t know Caen la mer and you don’t have much time ? Discover the must-see sights so you do not miss on the essential of the area !

The city of William the Conqueror

Duke of Normandy then King of England, William the Conqueror founded the city of Caen during the 11th century. Built around 1060, the ducal castle became the dukes of Normandy’s favourite residence, they made it one of the largest fortified buildings in Europe. The battlements, the Fields entrance, the great dungeon remains, the Chessboard room, and Saint Georges’ church offer a precious testimony from the past. The particularity of Caen is the existence of two abbeys founded by William the Conqueror. The Ladies’ Abbey and the Men’s Abbey are some of the most famous monuments in Caen. They were built ahead of the Guillaume and Matilda of Flanders’ wedding, his distant cousin, condemned by the Pope.

Caen la mer was deeply impacted by the second world war. While visiting the landing beaches such as Sword beach, the famous Pegasus bridge, the museums and the city of Caen over the battle of Normandy tracks, you will understand how the fate of the world turned here, in 1944. In Caen the Memorial takes you through the whole second world war, dday, the battle of Normandy and the cold war. This museum is not to be missed during your stay.

The beach and the seaside

It’s impossible to discover Caen la mer without going to the beach ! Stroll by the seaside along the magnificent villas from the 19th century, walk up the 171 steps of the lighthouse in Ouistreham to enjoy the panoramic view of the town and the port, or enjoy the sand, sea and sunset, the choice is yours !

Let’s discover the city centre of Caen and its Middle Age and Renaissance landmarks ! Here, medieval houses stand alongside private mansions ! Do not miss the Than hotel, Escoville hotel and Colomby hotel, among the most famous ones. While exploring the historic neighbourhood in Caen, don’t forget to go through the Place Saint Sauveur (Saint Sauveur Square), the oldest square in town. Nowadays it is the ideal place to get a drink by the statue of King Louis XIV or do some shopping on the market on Fridays. Caen is also called « the 100 bell towers town ». You can easily understand why with so many churches around town. Abbeys, churches, abbatial churches… bell towers are just part of the setting !

GUIDED TOUR OF THE HISTORICAL CENTRE

Nature at the edge of town

For an out of the ordinary adventure, walk around the disused cemeteries in town. Just oustide the town, we let go of any urban setting to embrace the nature for a while. On a family holiday ? We suggest you explore the Colline aux oiseaux park, located in the north of Caen. For a the great outdoors by the seaside, go to the Pointe du Siège and its unique and preserved estuary.

Typical medieval area, le Vaugueux is full of numerous restaurants and nice bars with terraces on the pebble street with beautiful half-timbered or Caen stone houses. The Vaugueux neighbourhood is nowadays one of the best places to enjoy dinner on a terrace. Are you more into seafood ? Let’s head to Ouistreham and its fish market and the generous seafood platters in the seafront restaurants.

Stroll along the river Orne

For a bit of freshness, let’s enjoy the riverside going from Caen to the sea. There are two different choices : follow the canal via the greenway by foot or bike, or go for nautic activities on the river from Au fil de l’Orne (only during summer time). Canoë, kayak, electric boat towards the Orne valley and its former mineral field. Peaceful times along the water, omnipresent in Caen la mer.

Enjoy the advantageous fares to discover the area thanks to the City Pass 24h, 48h or 72h. 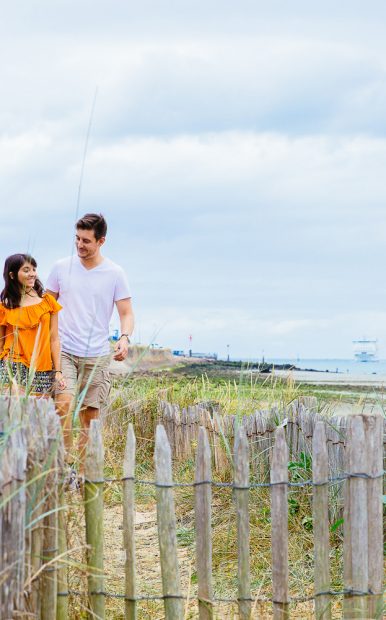 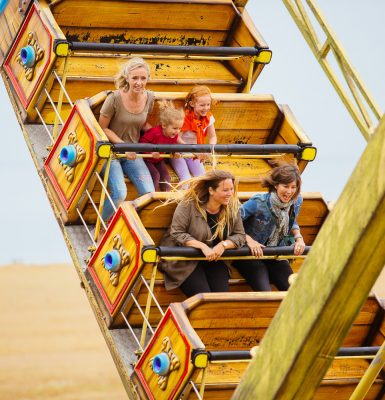 A day out with the family at Festyland!