Dive into the heart of the DDay landing beaches. From Sword beach to the Caen Memorial Museum passing through the Pegasus Bridge, discover our selection of sites to visit.

The Atlantic Wall Museum – The Bunker, an experience to live

This museum, direclty immerged within the former german headquarter, takes you back through the History of this decision post. Thanks to the reconstitutions of the infirmary, ammunition depot, barracks… There, you will discover the dailylife of the german soldiers. On the top of the old Bunker, a stunning vue on the DDay landing beaches awaits you.

Remembering at the flame memorial

This flame, symbol of Liberation, is engraved with the names of the 177 french soldiers who participated to the military operations of June 6th 1944. Seven steps are placed in front of the monument to remember the one hundred and seventy-seven soldiers who fell between the beach and the Ouistreham casino. The masterpiece of Yvonne Guégan is charged of emotions for us all and especially for the french veterans who gather there every year, to pay tribute to their late comerades for the fallen.

Thanks to a geolocalized umbrella, dive back into the occupation days and the liberation of the center of Ouistreham during World War II thanks to the « Délicate ». You should take your time during this immersive walk, accept to disconnect from reality and let your imagination wander for a suspended moment.

The Pegasus Bridge, the first liberated bridge in France

Liberated during the night of the 5th to the 6th of june 1944, it was replaced today by another similar bridge. However, the original bridge is inside the Memorial Pegasus park. « Pegasus Bridge » is the name that was attributed to the Bénouville bridge, in order to honor the british paratroopers, also called « Paras ». Their emblem was Pégase, a winged horse.

Pay tribute to the British soldiers at the Hermanville military cemetery

This military cemetary is situated near Sword Beach. It gathers the British, Canadians, Australians and French graves. In total more than a thousand soldiers are burried there. Among them, 102 soldiers couldn’t be identified.

The 1944 Radar Museum, unique in Europe

The 1944 Radar museum, situated in Douvres la Délivrande is a unique site in Europe ! Discover the technologies of the Second World War radars with an orginal model exposed there. The two bunkers that can be visited enlighten us on the communication techniques used by the german soldiers.

Go on a tour of the DDay landing beaches

Sword Beach is one of the 5 DDay landing beaches. It’s the unique beach where Frenchmen landed on June 6th 1944 : the Commando Kieffer and its 177 soldiers. It’s the ideal place to evoque the Liberation of Ouistreham by the Franco-British.

Built by the Germans between 1942 and 1944 in order to defend their positions, the Hillman Strongpoint is one of the biggest defense command post. Discover 20 blockhouses scatered over an area of 24 hectares (59 acres). A visit richin History, objects and old clothes from back in the days.

This operation lasted from July 25th to July 27th. It’s a military operation lead by the allied forces and mainly Canada. It happened in the south of Caen during the battle of Normandy. Spring took numerous lives. This visit will allow you to understand the importance of the battle and the consequences on the operations that followed.

The operation Goodwood represents the largest and deadliest tank battle of Normandy. Initially established by the General Montgomery in order to take possession of the east of Caen, it’s a failure despite the tremendous means engaged. Goodwood permits the americans to put the Cobra Operation in place to liberate Brittany.

The operation Totalize is launched by the Canadian, British and Polish soldiers, after the lightning failure of the Goodwood operation. The goal still being the liberation of the south of Caen, a new tactic is adopted : the night attack using a mechanized infantery to make the armored vehicules heavier. Just like the Goodwood operation, Totalize took numerous lives and an impresive amount of material losses was witnessed. 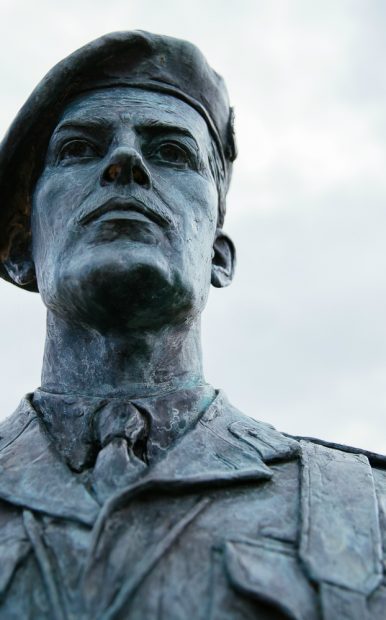 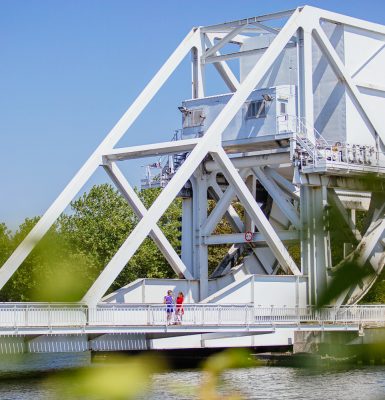