Caen is a city with a rich historic past and a major cultural heritage. In the little streets, there are treasures to be seen all around. A good reason to take a closer look at its architecture, its Caen-stone monuments and impressive town squares! You will soon see why Caen has been given the “City of Art and History” label!

Set off to visit the city’s monuments

Head for Caen city centre to see monuments dating from the Middle Ages and the Renaissance! Here, the medieval houses made way for private mansions! And among the town houses, don’t miss the most impressive of them all, the Hôtel de Than, the Hôtel d’Escoville and the Hôtel de Colomby.

As you stroll through the historic district of Caen, stop at Place Saint-Sauveur, the city’s oldest square. Also called “Place du Vieux Marché Saint-Sauveur” by locals, it is now the ideal place to have a drink around the statue of Louis XIV or do some shopping in the market on Fridays. At nightfall, the Square lights up to reveal each facade. A lovely moment to share or capture!

A few steps from Place Saint-Sauveur, find Place Fontette where the imposing former Palais de Justice stands. Place Gambetta, the Post Office Hotel in Caen built in Caen stone has housed the Post Office since 1932. For art nouveau enthusiasts, you will find ironwork and architectural details inspired by the Egyptian style!

Explore the city of a hundred spires

Caen is a historic Norman town, nicknamed “the city of a hundred spires”. You soon understand why when you see the number of churches there are in the city! Abbeys, churches, abbatial churches and cathedrals… the spires are really part of the landscape! Inside, the Gothic and Renaissance styles are often combined. As you walk along a street, you will see masterpieces of Gothic art: the churches of Saint-Pierre Church and Saint-Sauveur.

Famous for its stone, the city of Caen has dressed many monuments. Caen stone was also widely used in the 11th century and during the time of William the Conqueror! But this stone also traveled across the Channel to London on Westminster Abbey, the Tower of London, Tower Bridge, St. Paul’s Cathedral or even inside the White House in Washington, just that! 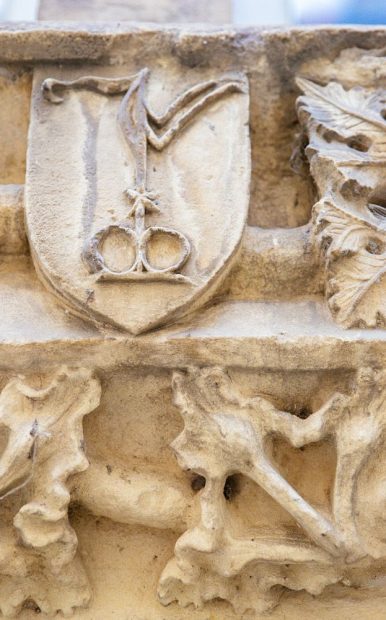