Caen la mer is located in the heart of Normandy, 2 hours from Paris on the road to Mont Saint Michel. It offers visitors a remarkable thousand-year-old heritage, a seafront with 10 km of fine sandy beaches, a destiny forever marked by the Normandy Landings symbolised by the Caen Memorial, the largest museum dedicated to the history of the 20th century and Sword Beach, and nature in all its forms with its many parks and gardens, its canal, and the banks of the Orne in the heart of the city.

A day in Caen la Mer is the promise of discovering a rich architectural heritage and a picturesque seaside full of history in the heart of Normandy. It is also a wide range of activities for a successful programme adapted to your expectations. At Caen la mer, everything is there to make your day or stay an unmissable stopover in Normandy. 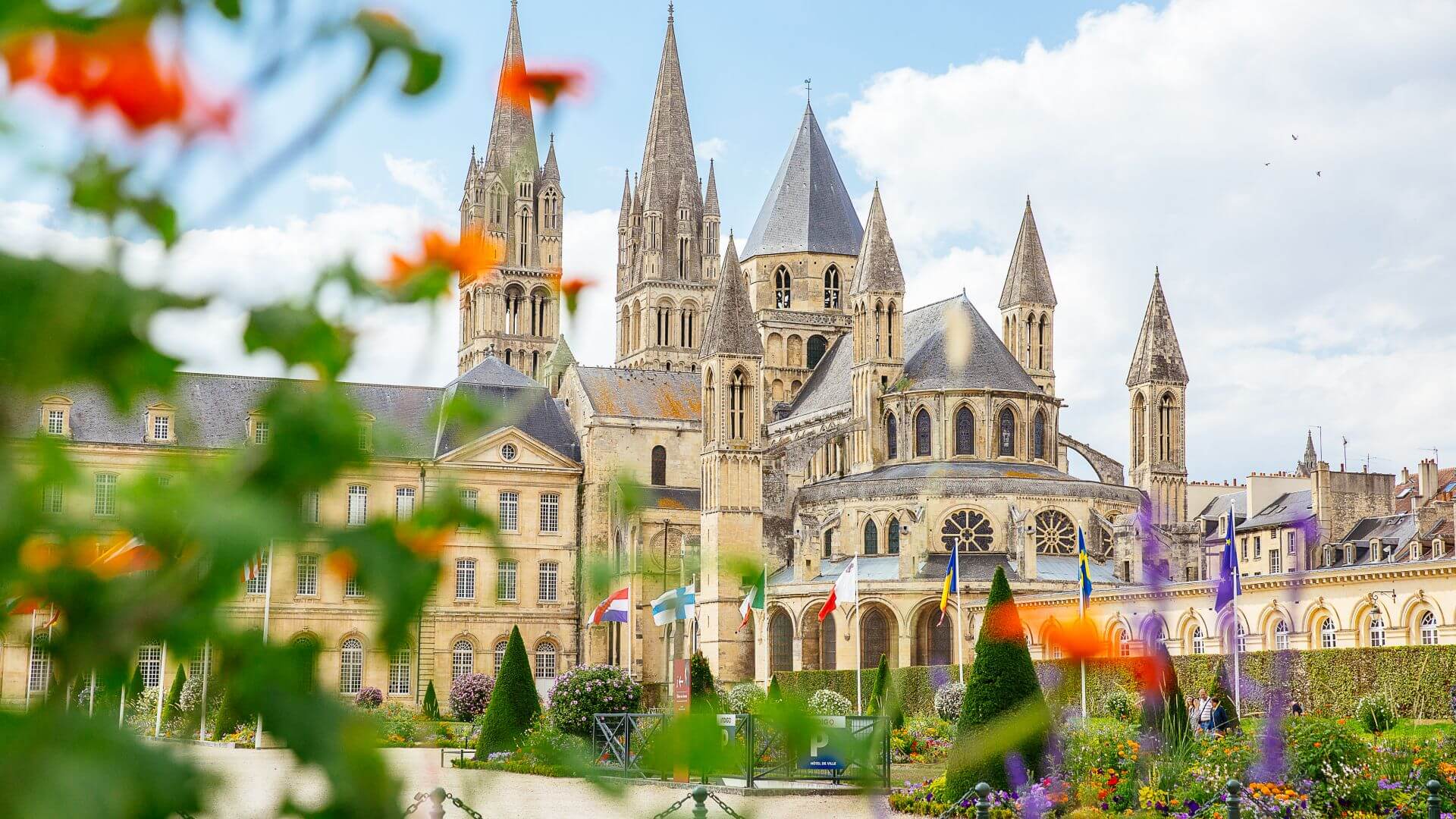 An architectural gem illustrating medieval and 18th century art. The Abbey was consecrated in 1077. The
monastery was built in the 11th century, and rebuilt in the 18th century after having been destroyed during the wars of religion. It survived unscathed through the French
Revolution and the Allied bombing in 1944 and displays a remarkable collection of wooden paneling, paintings and ironwork, as well as a superb cloister in Tuscany style. 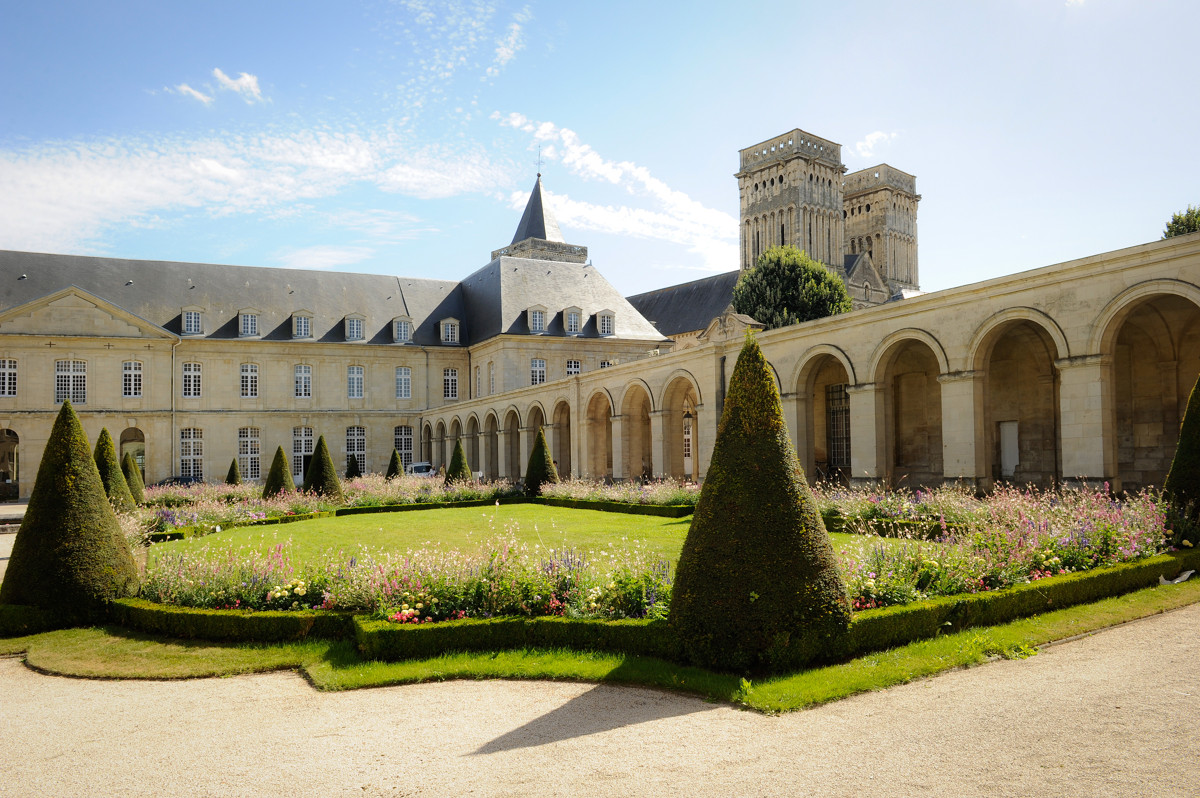 The church was consecrated in 1066, the same year as William set out to conquer England, and is a masterpiece of Norman Romanesque architecture. Its crypt houses a
«forest of columns». Like the Abbaye aux Hommes, the convent buildings were rebuilt in the 18th century. All
that remains of the original abbey is the entrance hall, the refectory, the stairs and the cloister (lacking its fourth wing). 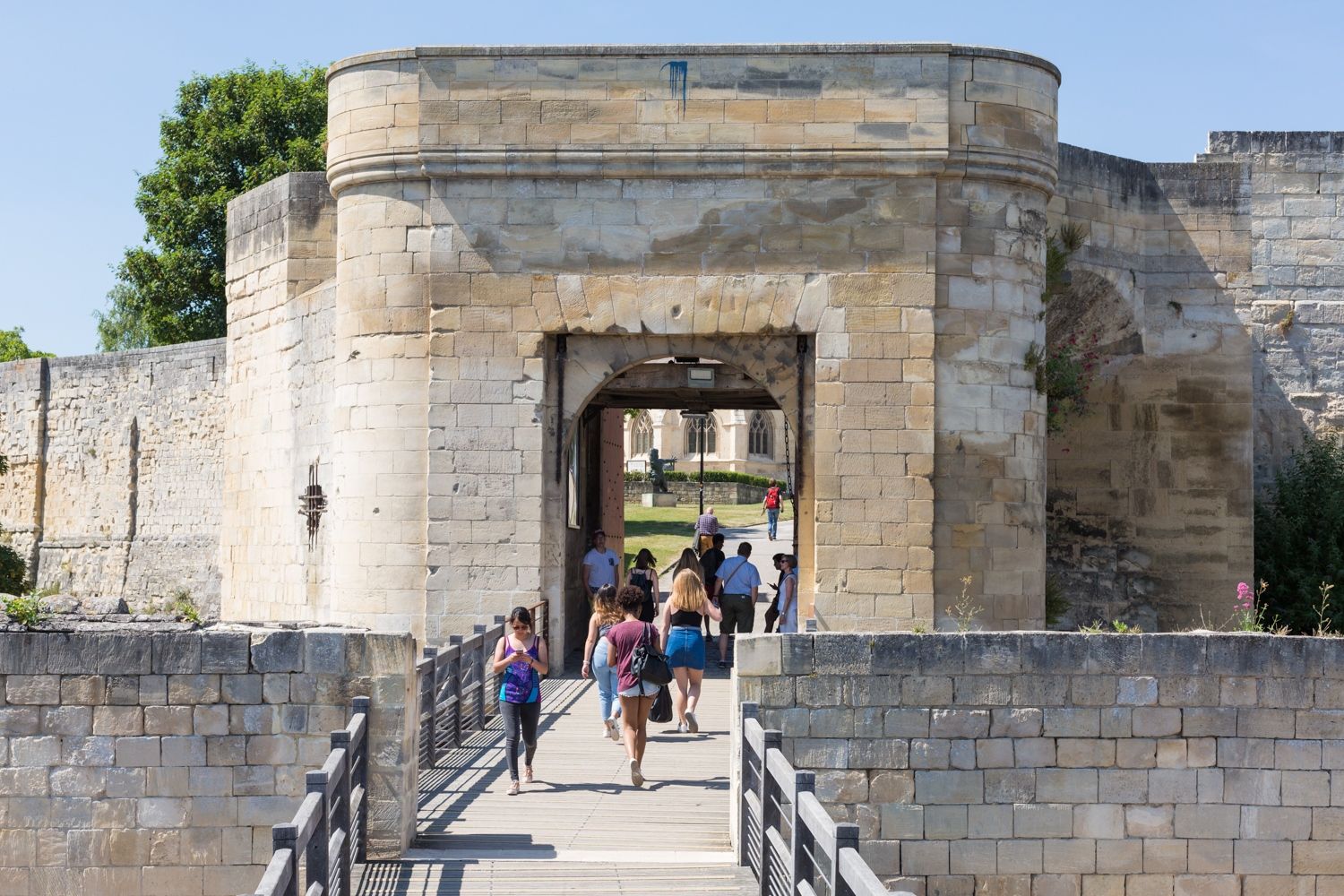 The castle, right in the heart of the city, is one of Europe’s largest fortified strongholds. From the castle, you can see right across the city center. The remaining walls and its interpretation center in Saint George’s Church, bring it to life as it stood through centuries past. Visit: The Exchequer Room, a rare example of civilian Romanesque architecture in Normandy at the time of Henry I Beauclerc. 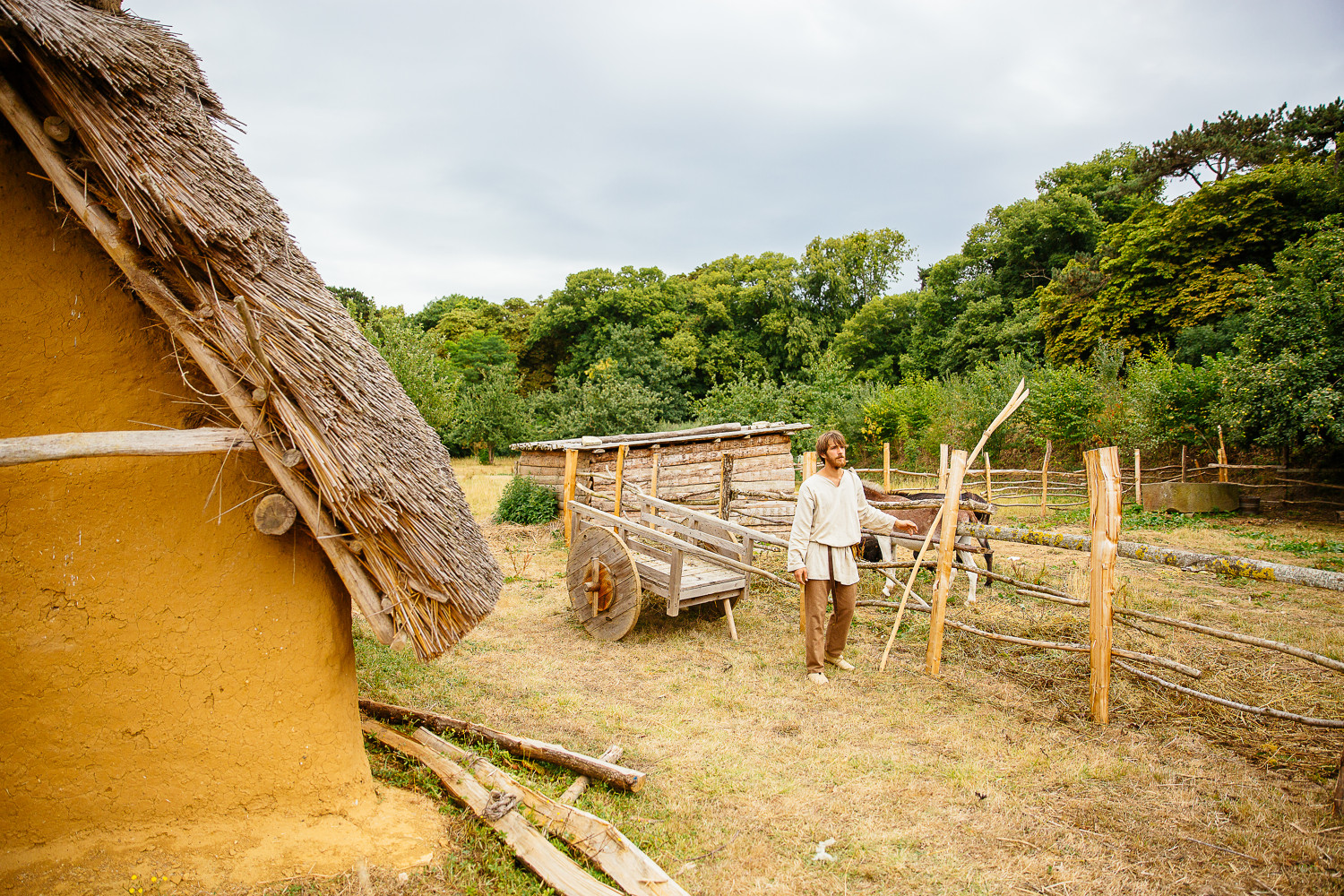 An experimental archaeological project where visitors can learn what techniques and materials were used to build, forge, weave and cultivate the land in the 10th and 11th centuries. Ornavik gives visitors the opportunity to immerse themselves in early medieval Normandy, to
experience the life of the Vikings and to take part in the adventure, on a protected natural site near Caen. 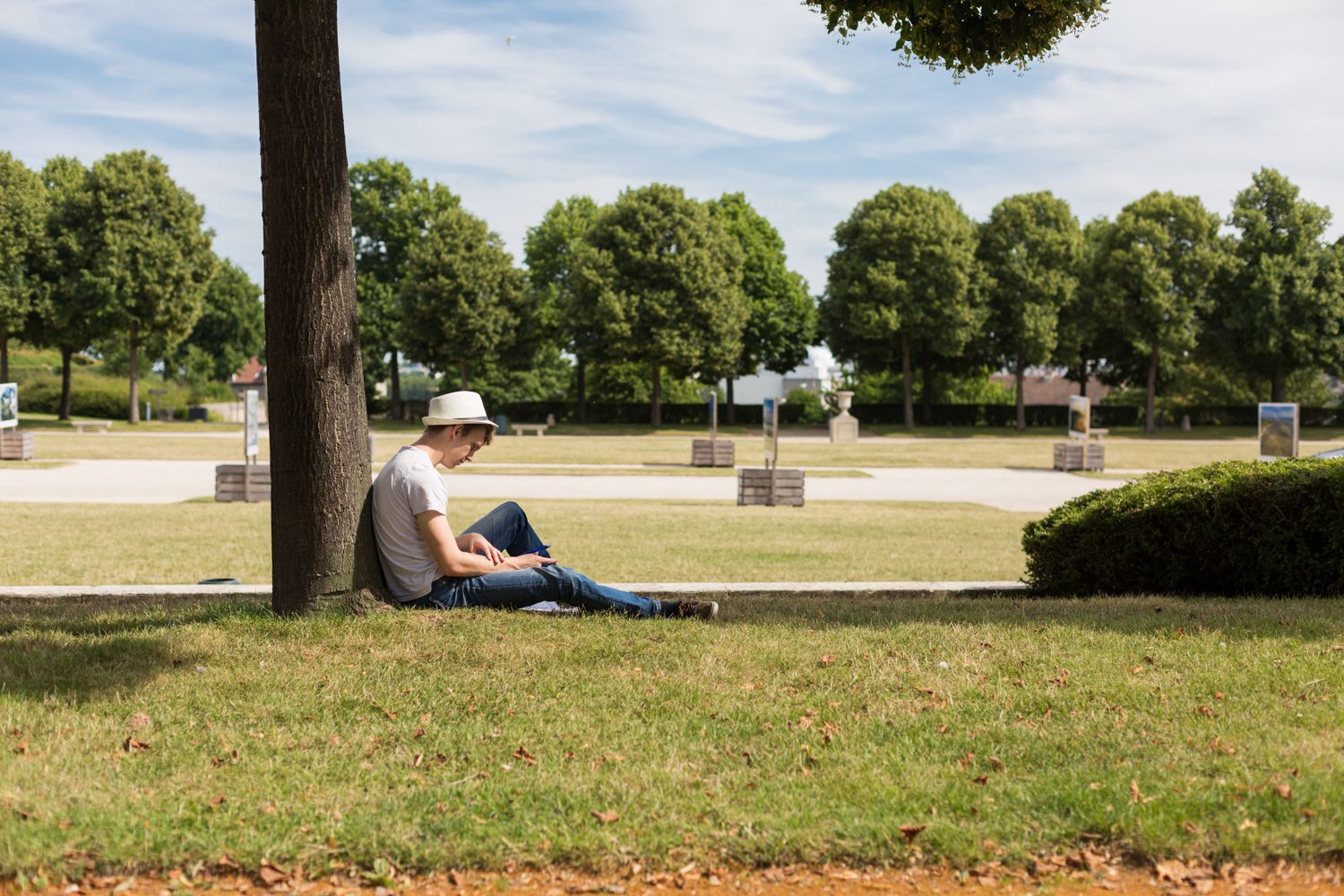 Caen is France’s fifth greenest city. It has 500 hectares (over 1,200 acres) of green spaces spread throughout
the city, representing 25% of the total city area. Parks, gardens and natural areas where you can relax, wander or
play a sport, right in the heart of the city! 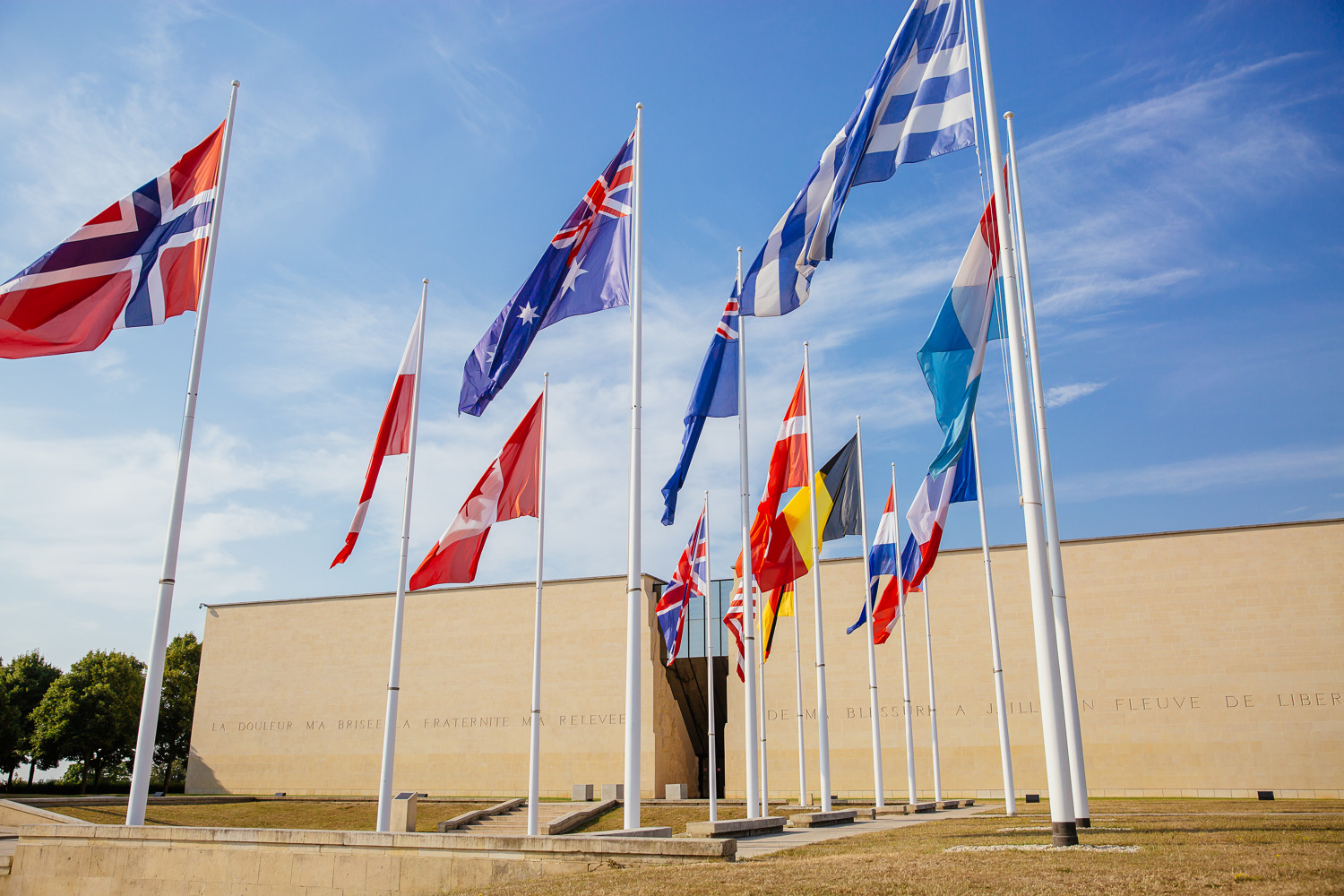 This is a must-see for any visitor interested in WWII history. It revisits 20th century history from the end of
the First World War to the fall of the Berlin Wall, with the Second World War and the Battle of Normandy at the heart of the narrative. The Museum is now recognized as one of Europe’s finest memorial museums. Its exhibition know-how, and its cultural, pedagogical or scientific
excellence are now recognized the world over. 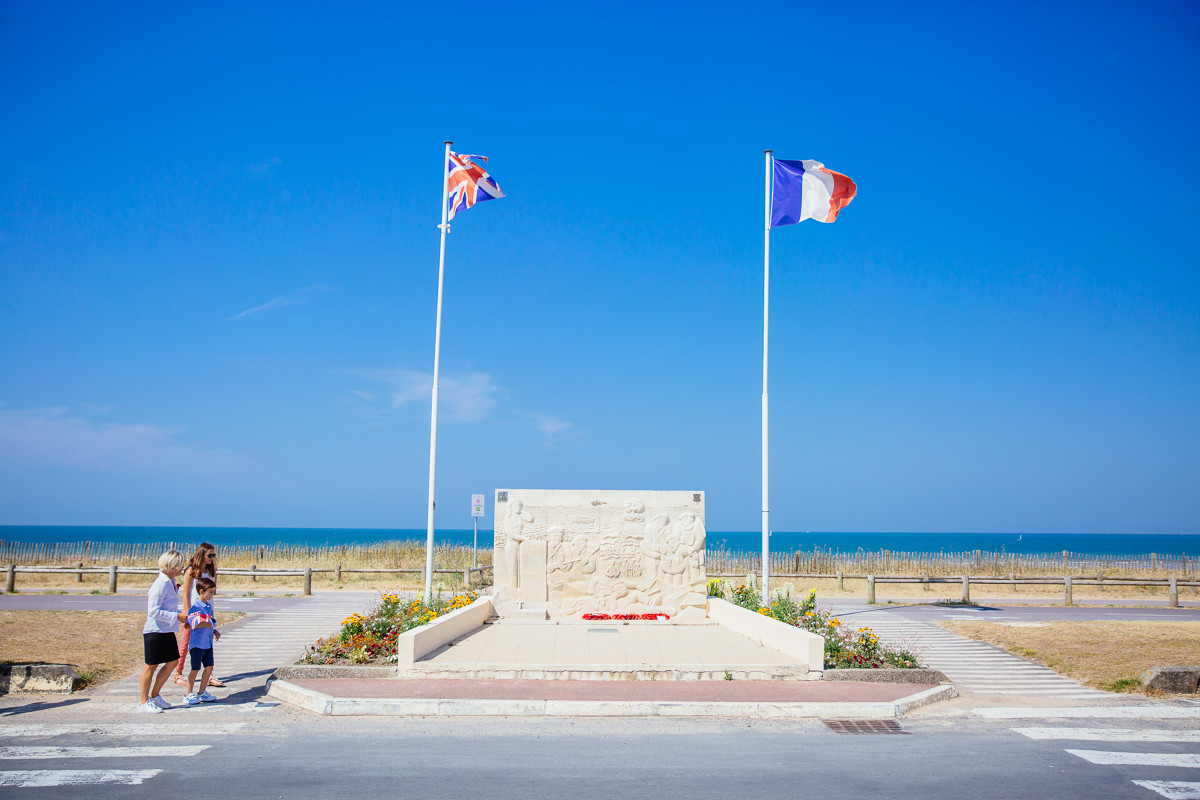 One of the 5 D-Day Beaches where 177 French marines led by Commander Kieffer arrived on June 6, 1944. The Hillman site: This was a command center for the coastal defense system including 20 concrete bunkers and gun emplacements at Colleville-Montgomery. The Great Bunker in Ouistreham : Housed the German
headquarters. It has been entirely restored, with its five floors: infirmary, machine room, pharmacy, armory, radio transmissions, telephone exchange, observation post, etc. 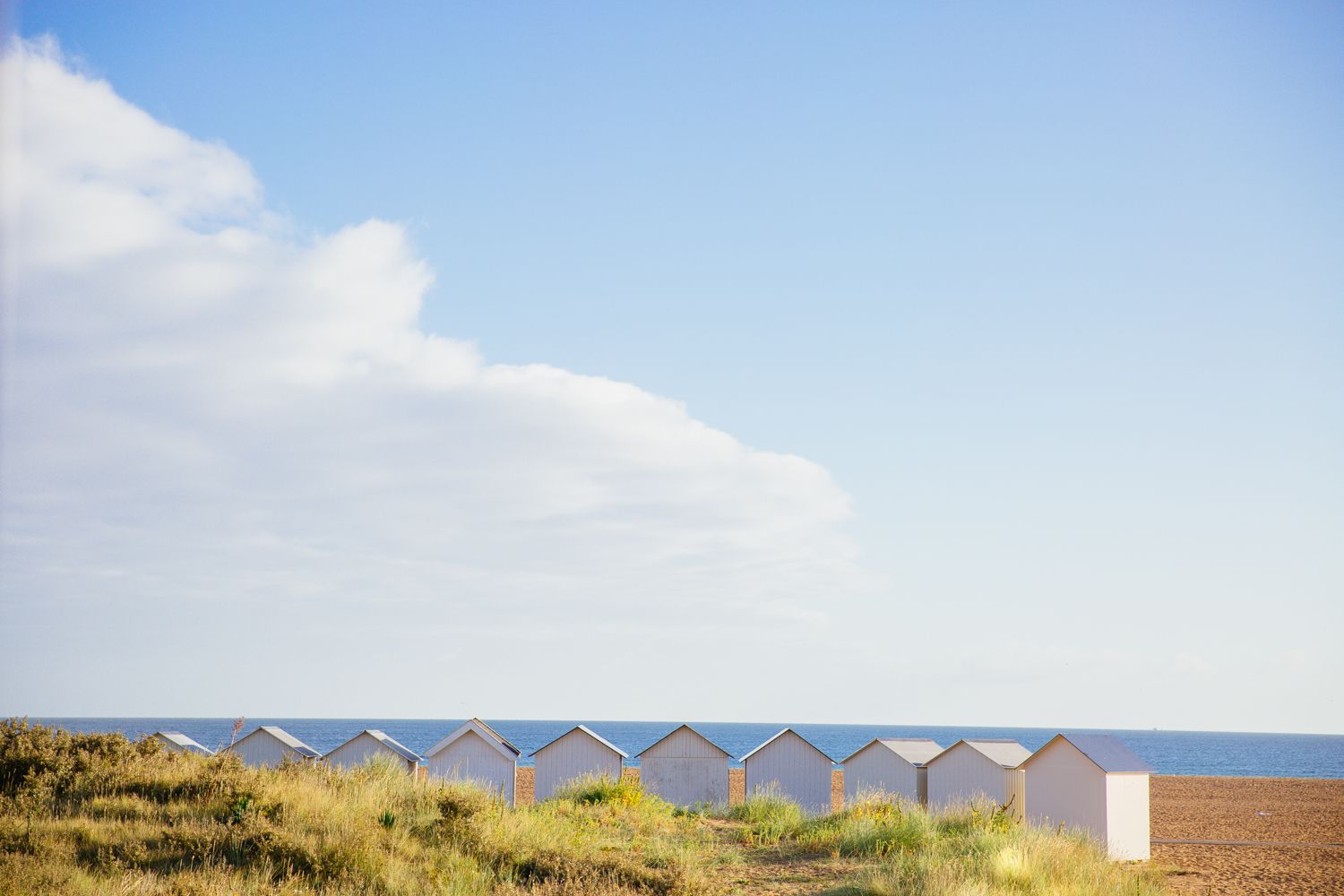 Yes, Caen la Mer… is by the sea! Ouistreham Riva-Bella, the local seaside resort, is just 15km (10 miles) from the city center, on the Côte de Nacre (Mother of Pearl Coast). It is lively all year round and has plenty of things to do and see. Colleville-Montgomery, Lion-sur-mer, Hermanville-sur-mer: so many authentic resorts with typical and family charm. 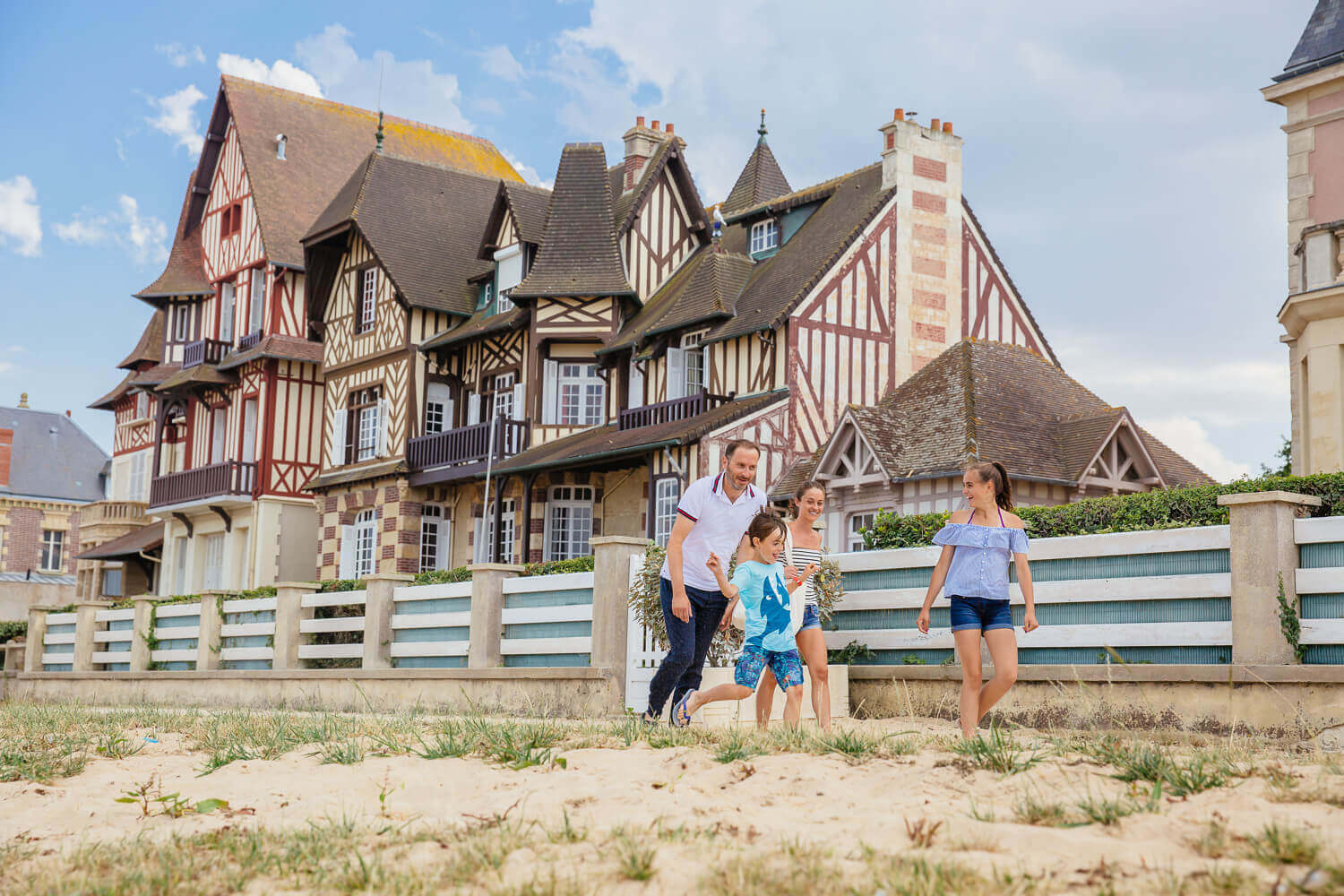 Normandy would not be Normandy without its typical seaside resort architecture. The Côte de Nacre (Mother of Pearl Coast), and more particularly, the embankment between Lion-sur-mer and Hermanville-sur-mer, boasts a
number of superb Art Nouveau seaside villas, and others in a range of architectural styles, from English and Scottish, to Norman and Gothic!

You can cycle, walk or roller-skate all the way to the sea along Caen’s 15km (10 miles) canal. Starting from the marina right in the heart of the city, the canal path takes you past «Little Lourdes» (a chapel built on the same model as the real Lourdes sanctuary), Benouville Castle (a French neoclassical masterpiece built in the 18th century by Claude Nicola Ledoux) and the famous Pegasus Bridge (the first bridge taken by British commandos during the D-Day landings on June 5-6 1944).